By Order of the U.S. Bankruptcy Case No. 8: 19-bk-13920-TA in the matter of Barley Forge Brewing Company, LLC. Negotiated Sale Process of an operating brewery & restaurant including Intellectual Property (Patents, Trademarks, & Brands) 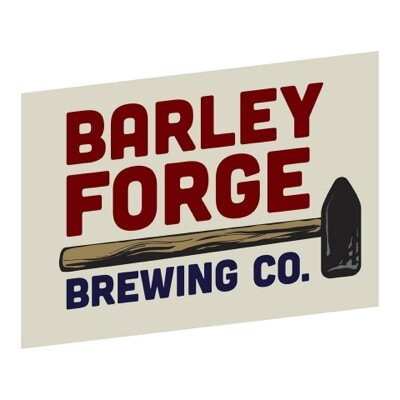 For additional information, including full access to the data room, questions or to schedule an inspection of the facility, please return an executed copy of the attached non-disclosure agreement to Paul Buie (Pbuie@thinkONYX.com).  Please note that we are only able to accommodate a limited number of inspections each day.

On October 6, 2019, Barley Forge Brewing Company (“Barley Forge”) filed a voluntary petition for chapter 11 bankruptcy after failed efforts to tap into the wholesale beer distribution market weakened the financial standing of the company, which among other factors, led the company to seek bankruptcy protection.

A proposed stalking horse bidder has been identified and has signed a letter of intent to acquire substantially all of Barley Forge’s assets, subject to an auction and overbid rights.  Presently, the Debtor intends to hold an Auction on December 11, 2019 and has retained the services of Onyx Asset Advisors, LLC (“ONYX”) to market the assets and solicit overbids in advance of the proposed auction sale date.

Below are the proposed bid procedures:

To constitute as a Qualified Bid, the bid must, at minimum, meet the following requirements:

The auction will take place at the United States Bankruptcy Court, Central District of California, Santa Ana Division, Courtroom 5B, 411 West Fourth Street, Sana Ana, California 92701. Timing and details to be determined and added to the Data Room once confirmed.

ONYX has not independently verified any of the information provided or contained herein. Neither ONYX or any of its affiliates or representatives or advisors makes any representation, warranty or guaranty of any kind, express or implied, as to the accuracy, completeness or reasonableness of the information contained herein or any other written or oral communication transmitted or made available to any recipient. ONYX and its respective affiliates and representatives expressly disclaim any and all liability based on or arising from, in whole or in part, such information, errors therein or omissions therefrom.

Barley Forge is a family-owned craft brewery founded by Greg Nylen and his wife Mary Ann Frericks.  It opened its doors in October 2014 and has been a fixture of the community ever since.  Barley Forge has over 750 independent Yelp reviews and maintains a 4.5 star average as of November 4, 2019.

The company brews Belgian, West Coast and German-style beers – a blend of traditional, recognized styles and creative twists that draw from the melting pot of cuisines and cultures present in Southern California. In addition to being Costa Mesa’s first-ever production brewery, the Barley Forge taproom is the only brewery in the area to operate an on-site kitchen and offer a full menu.

The brewery operates in 10,000 square feet of combined tasting room, kitchen, bottling, aging, and production-brewing facilities and is currently open 7 days a week.Located a short distance from South Coast Plaza in the mixed-use SoBECA (South Bristol Entertainment and Cultural Arts) district of Costa Mesa, which is very close to the popular retail and dining venues such as The CAMP and The LAB.and is also adjacent to some of the area’s most popularbeaches, making Barley Forge an attractive destination for craft beer fans throughout Southern California.

Due to its prime location as well as the quality of the food and beer, the tasting room has historically been profitable.

Barley Forge has also won several awards for best brewery and specific awards for some of its beers.

Another of their flagship beers, The Patsy, won a Silver Medal at the 2018 World Beer Cup, in the category of Field Beer. The World Beer Cup, often referred to as “the Olympics of beer,” is the most prestigious beer competition in the world, with nearly 6,600 entries from 55 countries in 2018.

Additional company, product and location information is available in the ONYX Data Room and on the Barley Forge website: www.barleyforge.com

As a result, there was significant price competition and it became very difficult to profitably wholesale craft beer for most but the highest-volume craft brewers.  As such, the wholesale distribution side of Barley Forge has never been significantly profitable and, in fact, suffered substantial losses in 2018 and the first half of 2019.

Barley forge has a large tasting room with 18 rotating taps and two roll-up garage doors which create an open and airy environment.

Barley Forge has a licensed kitchen on-premise and serves food seven days a week. Menu options range from salads and deli plates to panini, burgers and other grilled items.

Asset listing and valuation information provided in the Data Room

Barley Forge has been granted several valuable CUPs which include:

2018 Great American Beer Festival Gold-medal-winning Grandpa Tractor® is Barley Forge’s Dortmunder Export, an almost forgotten style. This full-bodied, moderately hopped German lager was the favorite drink of coal miners and heavy industry workers of the first half of the 20th Century in Germany. Hoppier than a Helles and less hoppy than a Pils, Barley Forge’s Dortmunder strikes a balance between the two with a hefty mouthfeel derived from Pilsen malt and higher alcohol content (around 5.0% abv). This refreshing beer goes well with the end of a hard day at work and pairs nicely with grilled steak, any type of pork dish, and any sort of Asian or Hispanic cuisine.

The Black Dahlia® is Barley Forge’s Belgian Strong Dark ale. This beer is brewed as an homage to the great Trappist holiday beers from Belgium. Brewed with Belgian Pils, Munich malt, a host of Belgian specialty grains, and a generous portion of dark Belgian candy sugar, this 11% ABV beer is a great one to age as it will continue to improve for years. This beer pairs well with braised beef dishes, steak, and dark chocolate desserts.

Don Perfecto® is Barley Forge’s horchata wit. Designed to evoke the flavors of Mexico’s popular agua fresca, this beer is brewed with Perle and Styrian Golding hops as well as Belgian pils and Munich malts, flaked oats, flaked and unmalted wheat, and flaked rice. It’s also spiced with Mexican cinnamon and vanilla rather than the traditional coriander and bitter orange peel. The finishing touch is lactose for some residual sweetness. This beer pairs well with spicy foods, Asian food, and Mexican cuisine.

El Técnico® is Barley Forge’s amber ale. Brewed with agave extract and a grain bill of UK and US pale malts, Munich malt, UK dark crystal and Victory malt, this beer has a complex maltiness balanced against Cascade and Centennial hops and the residual sweetness of the agave. This ruby red amber pairs well with spicy Mexican food or any type of grilled meat.

The Orange Curtain® is Barley Forge’s India Pale Ale. Focusing on “old school” hop flavor over hop bitterness, Barley Forge’s IPA features Warrior, Centennial and Cascade hops against a nicely rounded malt backbone that provides a medium bodied accompaniment. This combination has citrus notes worthy of the name, which is a nickname for Orange County, California where the brewery is located. This beer pairs well with spicy Thai or Vietnamese food, burgers, or oily, full-flavored fish such as salmon.

This DIPA is brewed with a simple grain bill of Two Row, Pale Ale Malt & some Cara-Pils. A late addition of Dextrose is added to the boil to lighten the body and boost the gravity. A tried & true hop combination of Simcoe & Amarillo are showcased in this hop-forward beer. Simcoe provides a unique passion fruit pine flavor & aroma combined with Amarillo’s citrus characteristics will keep you coming back for more. Future Tripping is finished off with a hefty amount of Simcoe & Amarillo in the dry hop. Boasting 100+ IBUs, this beer is quite balanced and not too bitter as it weighs in at 9.25% ABV.

Nom Nom is Barley Forge’s German Hefeweizen brewed with real mango. Starting with Pilsner, Wheat & Munich malts, we add pure mango juice powder directly into the boil., then just enough Northern Brewer hops strike a synergistic balance between malt sweetness and bitterness. A traditional Hefeweizen yeast is used, which produces a slight banana and clove aroma. To top it all off, we add some natural mango extract to the brite tank to round out the mango flavor. This delicious offering pairs perfectly with friends and food alike.

The information in this memorandum does not constitute the whole or any part of an offer or a contract, nor does it purport to contain all information that may be required or relevant to a recipient’s evaluation of any transaction and recipients will be responsible for conducting their own investigations and analysis.

The information contained in this memorandum relating to the Assets has been supplied by Barley Forge. It has not been independently investigated or verified by ONYX, its agents or any other party.

Potential purchasers should not rely on any information contained in this memorandum or provided by Barley Forge or ONYX (or their respective staff, agents, and attorneys) in connection herewith, whether transmitted orally or in writing as a statement, opinion, or representation of fact. Interested parties should satisfy themselves through independent investigations as they or their legal and financial advisors see fit.

Barley Forge or ONYX and their respective officers, directors, staff, agents, and attorneys, (i) disclaim any and all implied warranties concerning the truth, accuracy, completeness and reasonableness of any information provided in connection herewith and (ii) do not accept liability for the information provided in connection herewith, including information contained in this memorandum, whether that liability arises by reasons of Barley Forge or ONYX negligence or otherwise.

Any sale of the Assets will be made on an “as-is, where-is,” and “with all faults” basis, without any warranties, representations, or guarantees, either express or implied, of any kind, nature, or type whatsoever from, or on behalf of Barley Forge or Onyx. Without limiting the generality of the foregoing, Barley Forge or ONYX and their respective officers, directors, staff, agents, and attorneys, hereby expressly disclaim any and all implied warranties concerning the condition of the Assets and any portions thereof, including, but not limited to, environmental conditions, compliance with any government regulations or requirements, the implied warranties of habitability, merchantability, or fitness for a particular purpose.

Except as otherwise noted, this memorandum or provided information within the Data Room speaks as of the date hereof. The delivery of this memorandum should not and does not create any implication that there has been no change in the business and affairs of Barley Forge since such date. Neither Barley Forge or ONYX, or their respective staff, officers, directors, agents and attorneys, undertakes any obligation to update any information contained herein. 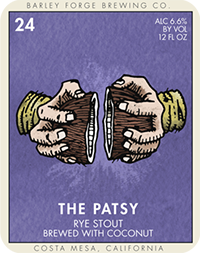 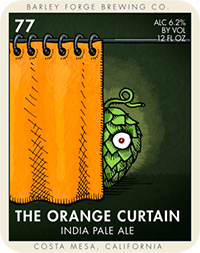 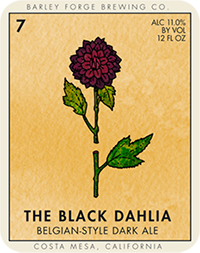 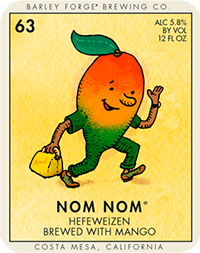 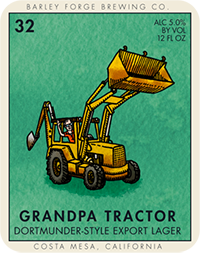 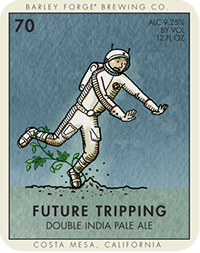 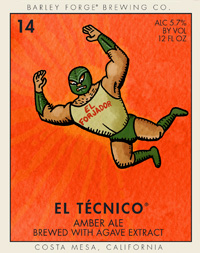 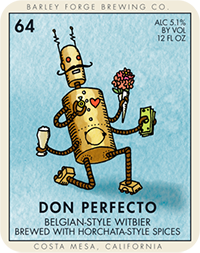